Searching on the internet for the Madeira Island, one would come across something like this:  “The island of Madeira is at the top of a massive shield volcano that rises about 6 km from the floor of the Atlantic Ocean”. Is it possible to resist such a description?

Plutarch, the Greek historian, mentions two islands separated by a very narrow strait which lie 10,000 furlongs from Africa. Today it is believed that he refers to the Madeira Islands, which first appeared on maps in 1339, long before the Portuguese explorers officially “discovered” the area.

As soon as we landed we headed straight to the bus station. The old bus was noisy and squeaky and the bus driver was definitely in a rush. Later on we realized he was all calm but he drove just like everybody else on the island: like crazy. After a one hour drive we reached the hotel, left our backpacks and went for a walk in the small town.

The best bananas u’ve ever tasted

The very first place to visit was the Municipal Market: an old but beautiful building full of colors, smells and sounds. The ground floor was full of small shops with traditional products, cozy places to drink a coffee and stores with products that would trigger all those neurons that make you able to taste: Pumpkins, sweet potatoes, tomatoes, pineapples, bananas, papayas, passion fruit. The ultimate destination for fruit or spice lovers would be the first floor, where you can find all kinds of exotic fruit and roots you never heard about. Prepare all your senses and get ready to touch, smell and taste everything! I wouldn’t advice the same for the lower part of the ground floor which lies on the back side of the building and it’s not the best place for sensitive souls. As neither my travel mate or I are one of those, we enjoyed every little corner of that part too, looking at the astonishing tuna and black scabbard fish that we couldn’t afford and letting the smell of fresh fish to fill our noses and remind us that fishing is one of the main activities on the island.

After filling our bags with fresh fruit and veggies, we headed to the hotel again. It was around 19h when we decided to take a small nap-a nap that would be violently interrupted by ghost sounds later at night and would finally come to an end early in the morning.

We woke up wondering how the hell we slept for so long. After blaming it on the climate and taking a quick breakfast we searched for some trails on the internet. We read about the most famous walks of the island, the Levadas, which were built by hand to carry water to the fields, an activity that carried on from the 16th century until the 1940s. The information though was sometimes confusing, as many sites and blogs were suggesting hiring a guide, because of the slippery and dangerous paths of the island. A bit suspicious, we decided to go to the main bus station and check the bus schedules in order to gather more information. They turned out to be not perfectly convenient but sufficient enough to let you visit the central and eastern part of Madeira.

We had to look at each other a couple of times, not knowing where to go and what to do. Luckily, the man that was working on the counter took the decision for us and proposed to try the trail from Maroços to Portela, which we did. I don’t exactly remember how but we finally hopped off the bus on the wrong stop and walked on a beautiful trail from Machico to Caniçal with the best guide ever, a lovely stray dog that led us until the end of the trail.

As we were informed by some kind locals, the name Machico comes from a legendary love story. Robert Machim and Ana d´Arfet a young illegal couple was trying to escape from England, when an unfortunate shipwreck led them to Madeira, where they eventually died. According to the legend, the Portuguese explorers that first stepped at the area found two crosses which they believed belong to the young lovers, and named the place “Machico” which derives from the couple’s surname Machim.

The trail was smooth, passing from small valleys, sugar cane fields and vineyards built on the slopes of the mountain, showing to the visitor a rural, agricultural side of Madeira and finishing near the sea. During the trail we had the opportunity to try the sweetest sugar canes in the world, offered kindly by some stranger who had left them in a box along with an even sweeter note. After reaching the seaside we hoped on a bus and followed another crazy drive back to Funchal, where we had the opportunity to try one of the local specialties: Fried black scabbard fish with banana…Don’t miss it!

The first thing I remember from that day was looking for the bus stop between papers, maps and the reality. The public means of transport in Madeira are divided between three companies with different schedules, buses and bus stops which makes catching a bus a small morning adventure. We wondered why this is happening but reassured ourselves that there should be some serious reason for having so many bus companies, a reason that our small minds couldn’t get at the specific moment.

After more than one hour and a half of driving, we reached Achada da Texeira. We re-checked the time and bus schedules and sadly realized it’s too late for us to start climbing on Pico Ruivo. It was one of those cases when a small mistake in planning can ruin a whole day.

View to the Valley

Rocky stairs to the top!

We decided disappointment and negativity were not an available option: we would follow the trail for one hour and return, making sure we catch the last bus back to our hotel. The trailed turned to be very different from the other one we tried the previous day: it was curved on the steep sides of rocky hills, had wild characteristics and breathtaking views to the Ribeira Valley.  It connects the two highest peaks of the island: Pico Ruivo (1862 m) and Pico do Arreiro (1817 m), crossing the Central Mountain Massif, a designated Natura 2000 site. We enjoyed every single minute on the trail: Steep paths with rocky stairs, shady passages covered by trees, sunny platforms ideal for a small rest with great views. We descended slowly looking regularly backwards, to the cloudy peak of Pico Ruivo˙ a silent promise was made to come back and finish that gorgeous ascend.

The Fourth Day: Levada do Rei

The last day of our trip was dedicated to a trail no one should miss. The Kings Levada (Levada do Rei) is one of the most beautiful levadas, as it will take you to the interior of the island that still remains untouched since its discovery. It is the ideal place to encounter the native flora and fauna of Madeira with great examples of endemic flowers and a unique acoustic background created by native birds and waterfalls, reflected by the echo of the mountains.  Tunnels and passages led us to beautiful panoramic views over São Jorge and Santana and tested our sense of orientation because of the great turns of the path right after the tunnels.

We kept on for only a few kilometers and reached the end of the levada: the streams of Ribeiro Bonito, where native vegetation reaches its peak. We enjoyed the wild green scenery and quietness of the area for quite a while, until we heard the honk of the bus that would take us back home.

At the very moment we thought our trip came to an end, we were offered the best possible farewell : a wonderful misty sunset, a glass of Madeira Wine, some priceless company and a genuine Atlantic breeze.

Looking for info about Madeira?Try this out!
Looking for trails?Check the levadas and walks of Madeira here

12 responses to “Madeira Island: Where the sea meets a volcano” 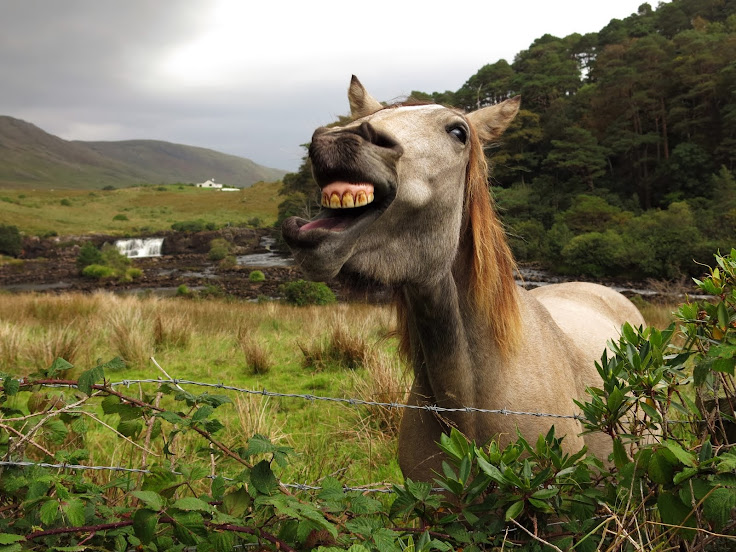 Unless stated otherwise, this work is licensed under a Creative Commons Attribution-ShareAlike 4.0 International License.
Please ask before you use!

BAJA from Erick Higuera on Vimeo.

MAN from Steve Cutts on Vimeo.

For a better world